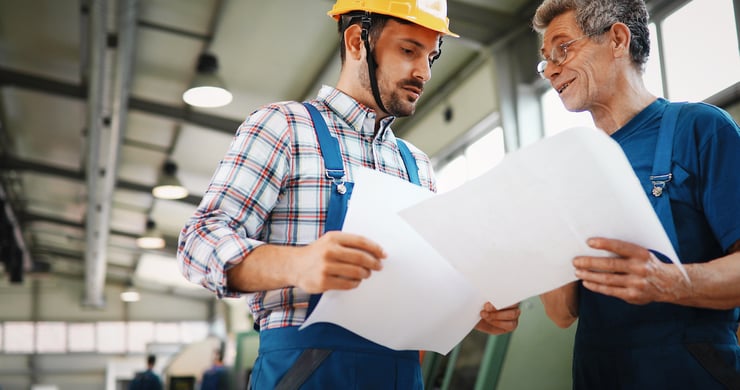 Whether or not you’ve ever heard of centripetal force before, you’ve definitely seen it in action, and even felt it in your entire body.

In fact, you’re probably using centripetal force more often than you realize. Even some of your home appliances help you use it for everyday tasks (more on that later).

As common as this force is, though, not everyone entirely understands the nuances surrounding the physics of centripetal force. So before we list some cool examples of science in action, let’s take a quick look at what centripetal force is (and what it isn’t).

The main difference between centripetal force and centrifugal force is that only the former can truly be described as a “force.”

Centripetal force is the force that acts on an object in order to direct it towards a center of curvature.

Imagine swinging a yo-yo around in a circle. The force generated by your arm puts the yo-yo itself in motion, and the tension on the string keeps it moving in a circular path as you twirl it. That tension is centripetal force.

If the string were to break any given point, the yo-yo would fly off in a direction that’s tangent to the point on the circle that the yo-yo was at when the string broke. Its velocity could no longer be redirected by the centripetal force provided by the pull of the string.

The centrifugal force that’s felt by an object moving along a curve is described as an apparent force, because there’s actually no force pushing the object directly outward from a central radius.

The “force” that the object feels is actually the result of inertia, which is technically the absence of force. An object in motion stays in motion unless acted upon.

So the outward sensation of force that the object feels is actually the force of it pushing on something else due to its linear velocity and inertia.

Here are ten real-life examples of centripetal force in action.

Once you enact force on a merry-go-round to get it started, its outer perimeter can move at a rate of dozens of feet per second.

Unless you’re safely on the inside of the bars, the only centripetal force keeping you or your child from flying off is the friction of your feet on the metal, or the strength of your grip as you cling to the outside of the bar.

In essence, this is a merry-go-round on steroids. When you go to a carnival and hop on the Gravitron, you’re experiencing the beginner levels of the force that NASA uses to train astronauts.

The only centripetal force at work here is the tensile strength of the metal that holds the rotor to the wall you’re pinned against (or technically, that you’re pushing against).

Back to the playground. Under ordinary circumstances, if you pound on a ball with your fist, it’s going to fly straight in that direction.

But when you smash a tetherball, the tension of the string acts as a centripetal force that redirects it along the perimeter of a circle, of which the pole acts as a radius.

Gravity causes a porch swing to hang directly beneath its suspension system (usually ropes or chains) when it’s not in motion.

But when you push (or swing) it forward or backwards, the chain’s tension redirects it upward as well.

Turning in a car

If you turn slowly in a car (like you’re supposed to), you’ll probably feel next to nothing. But if you bank hard while moving fast, you’ll feel the sensation of being tugged in the opposite direction.

The centripetal force that prevents you from flying in that direction is a combination of the friction of your tires on the road, the powerful tensile strength of the car’s body, and of course, your seatbelt.

The only reason why earth isn’t hurtling through space in a straight line (a scenario in which we’d all quickly turn into human popsicles) is the pull of our sun’s gravity.

The centripetal force of gravity forces the earth to revolve in an elliptical pattern around the sun.

Whether you’re watching it in the Olympics or doing it yourself at a high school track meet, the centripetal force of the athlete’s arm prevents the disc from flying until they’ve achieved maximum velocity.

The release of that centripetal force lets it fly tangent to the circle they created with their spin.

As your very own home centrifuge, the final spin cycle of a washing machine uses centripetal force (and basket perforations) to separate as much water from your clean clothes as possible once they’re clean.

Similar to a washing machine in concept, the idea of a salad spinner is to generate a fast enough rotation speed to dry lettuce leaves.

The idea is actually to generate enough force to break the weak hydrogen bonds that help water cling to your lettuce leaves. 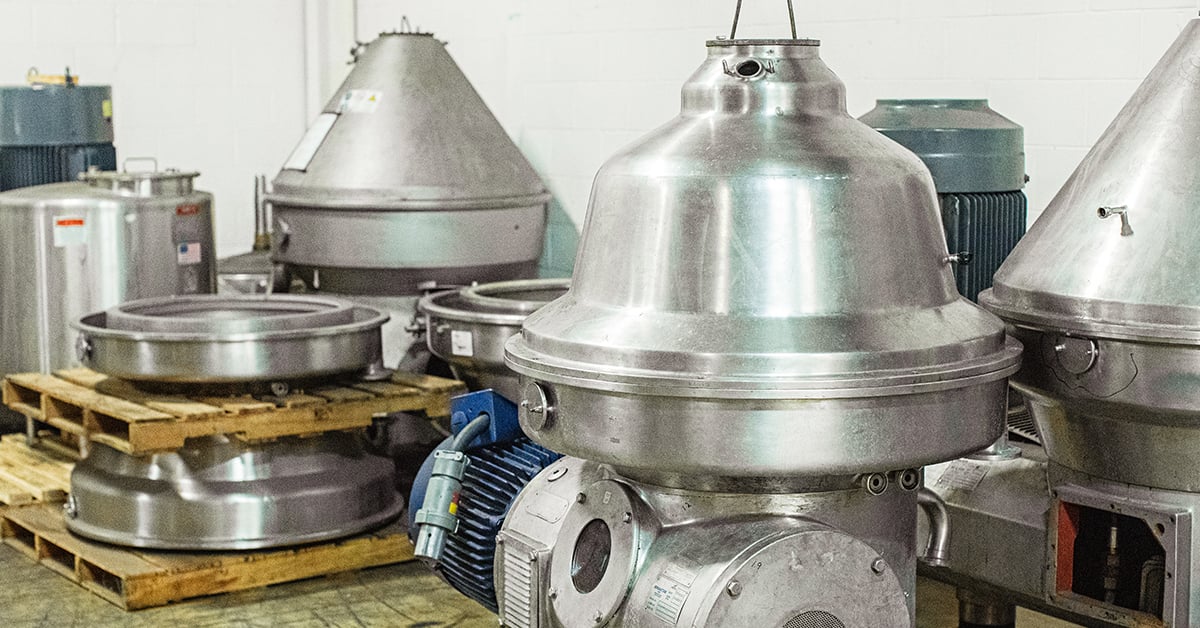 Designed specifically to take full advantage of the physics detailed earlier, industrial centrifuges can generate levels of force several hundred or several thousand times that of the earth’s gravity.

This extreme force accelerates a process of filtration or sedimentation, helping separate liquids from solids (or liquids from denser liquids) at speeds that would be impossible with gravity alone.

They can also be used for dairy processing, wastewater treatment, hemp manufacturing, desalination, and oil refining.

A force to be reckoned with

If you’d like to learn more about what an industrial centrifuge could do for your business, consult with our team. We’re experts in centrifugation, and our response speed is second only to the rotation speed of our equipment.