How Does a Centrifuge Work? 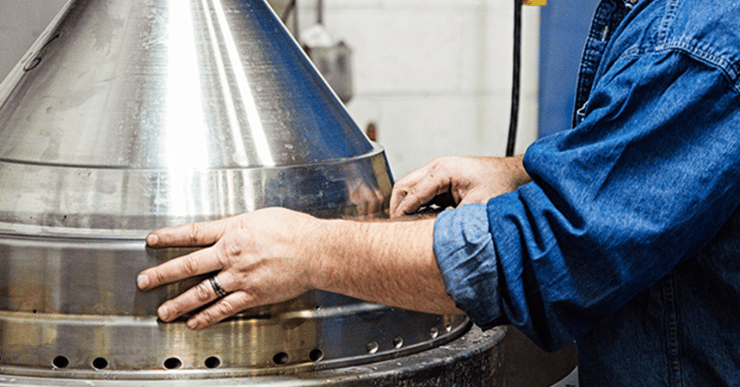 Whether they’re enjoying syrup on their pancakes, or proudly wearing a silver necklace, the average citizen benefits from industrial centrifuges far more often than they probably realize — if they’ve even heard of them at all.

But the equipment plays an integral role in our society, with a wide-ranging slate of applications across a litany of industries, including food processing, wastewater treatment, mining, pharmaceutical, and biofuel. 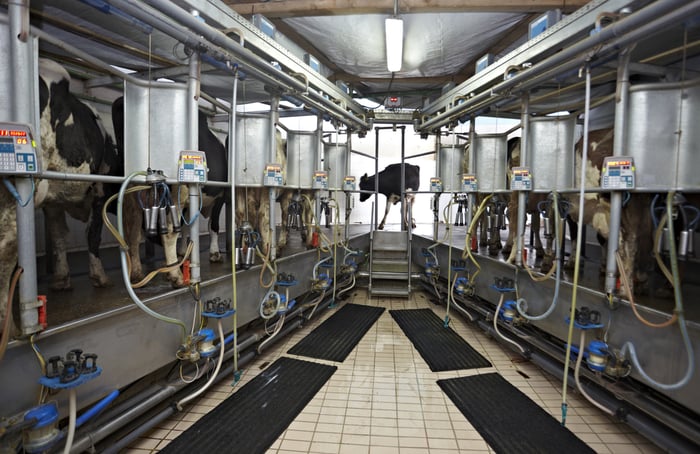 The physics behind centrifuges aren’t common knowledge, though, and often pique curiosity. So how does a centrifuge work, anyway?

A centrifuge works by rotating at rapid speeds, thereby separating substances using the power of centripetal force (and the apparent centrifugal “force” — more on that concept later). The force applied can reach several hundred or several thousand times that of the earth’s gravity.

Feel the forces behind centrifugation for yourself

If you want to literally feel the force behind centrifugation for yourself, grab a solid object about the size of an apple, and let’s have some fun with a quick science experiment.

Hold your object at arm’s length, and spin in a circle (don’t get too dizzy, it’s probably not worth it).

As you spin faster, you’ll be able to feel a physical pull of that object on your arm. Spin faster, and that force gets even stronger.

If you were to release that object (please don’t if it’s breakable), it would fly in a straight line that’s tangential to the circle you created with your cool new dance move.

The physics of centrifugation

If you played along and performed the experiment above, you felt two equal and opposite forces at play.

The first was the force generated by your rotation, which translates to velocity for the object you held in your hand.

The second was the tug you felt on your arm as it worked to constantly redirect your object’s vector and prevent it from flying across the room. This is known as centripetal force.

Centripetal force can be defined as the force that acts on an object in order to direct it towards a center of curvature. It’s the very essence of what makes a centrifuge work.

So then what’s centrifugal force?

Centrifugal force isn’t technically a “force” at all. It’s actually defined as an “apparent” force, since the object only feels it as the result of inertia.

We all know that an object in motion stays in motion unless acted upon by an outside force. So without a strong enough centripetal force to alter its vector, an object naturally wants to move in a straight line.

A wall (or basket, in some cases) in a centrifuge prevents that object from doing this. So really, what the object feels is its own force acting upon the wall.

It’s similar to the principle that causes you to feel a tug from your seatbelt when you slam your car’s brakes suddenly. Your seatbelt isn’t actually pushing on you; it’s preventing you from continuing to move forward like the coffee in your cup holder did.

What does a centrifuge do?

The purpose of a centrifuge is to take advantage of the principles above, and use them to separate liquids from solids (or lighter liquids from denser liquids). In essence, it does what gravity would naturally do, but much faster.

Think about a bottle of fresh-squeezed orange juice. The pulp naturally settles on the bottom because it’s denser than the juice itself.

If you were impatient and didn’t feel like waiting for gravity to work its magic, you could use a centrifuge — which enacts a force much stronger than gravity — in order to speed up the process.

There are two main types of industrial centrifuges: filtration and sedimentation. Here’s a bit about both, and some examples of what they’re used for.

A filtration centrifuge utilizes a basket with perforations in order to allow liquid to pass through as it rotates.

The bulky solids in the mixture, however, are too large to pass through the holes, and weak hydrogen bonds that may cause some liquid particles to cling to those solids will break when the centrifuge reaches high speeds.

The final spin cycle of your washing machine is an everyday example of a filtration centrifuge.

Sedimentation centrifuges (a category which includes decanter and disc stack centrifuges) have a solid bowl with no perforations.

During centrifugation, solids will pin themselves to the bowl wall (or accumulate on the floor in “pellets”), while lighter liquids leave through a special outlet passage.

Centripetal force is a powerful separating tool, and having a high-performing centrifuge can make or break certain businesses.

If you’re in need of a reliable centrifuge (and attentive maintenance service), reach out to Separators We’ve got you covered.